For writers and readers of poetry

Welcome to The Tangled Branch!  Join us. 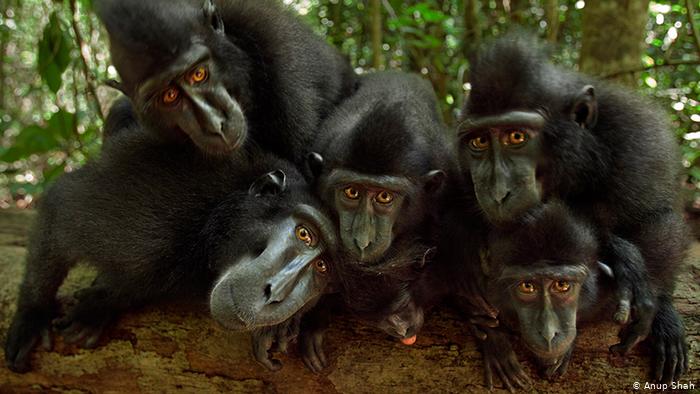 David Slater, a wildlife photographer, did a report on the macaques in the jungle. In a moment of carelessness, he left the camera on the ground and the monkeys picked it up and started taking selfies and photographing each other. Wikipedia incorporated this hilarious series of images into its archive. The naturalist photographer sued because he considered the photographs to be his, because he had facilitated their creation and therefore owned the copyright.  PETA intervened in the lawsuit, asking the Court to instead grant the copyright to the monkeys.  Both court actions failed and the photos remain in the public domain.

Write a poem inspired by this story.  Then PM the poem to me.  Don't post your poem -- send it to me.

I will post the poems anonymously and all registered users will be able to vote on the poems, without knowing the author.  The author of the winning poem will be disclosed, but no other author, unless you choose to out yourself.

Contest ends February 14 -- you have one week to write and submit your poem.

What does PM stand for?  The illiterate one.  Marcel
Top

PM stands for 'private message'.  In the upper right hand corner of the screen, just to the left of your name, is the link to click in order to send a private message.  Let me know if there are difficulties.

I'm impressed.
Mine will be along soon

And it's such a fab photo BTW. I knew dolphins were 'self aware' and wonder if our 'tools' for discovering the extent of animal intelligence are so blunt they can't even keep up with their respective evolutions!
Top

Awesomeski!!  A second entry has been received!

We have a contest for certain now.

Return to “The Commons”